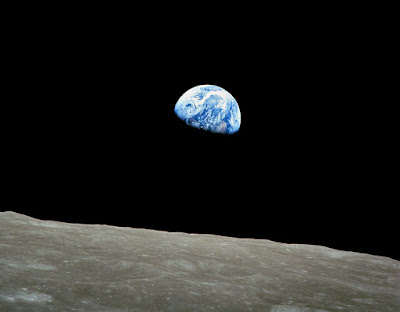 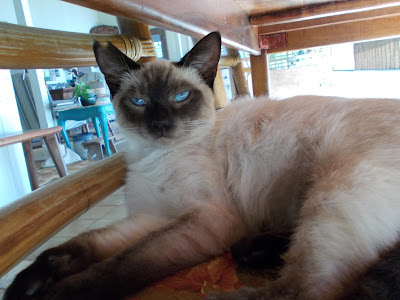 We have been adopted by this kitty that we call among other thing, Lucy.  She started hanging about in the yard in January but would dash off if we got too close. Much to  Mz Ruby's chagrin,  she now thinks she owns the place. Ruby has to hiss or punch  or chase  her  if she gets too close or crossed the invisible area around Ruby known only to her having been the only cat for 5 years.
Lucy in the skies with blue eyes. See her right ear u cut out? i hope that means she was fixed. if you are a cat person that knows catch /fix /release,
perhaps you can tell me if that is a female her right ear clipping indicating  fixed.
.
I finally got a new camera a Nikon  coolpix. My older Canon Powershot 540, that worked great for 12 years no longer worked but  would only take dark photos or overexposed ones no matter how many times i studied the manual and attempted to change settings. It also ate up AA batteries like crazy. i would take them out in between shooting even.
I  have not been posting as would like  as photos are a good que for me to start a post.
Happy Earth Day 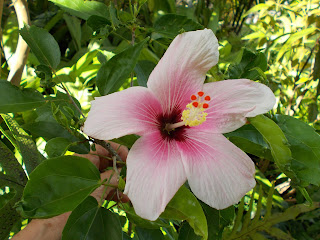 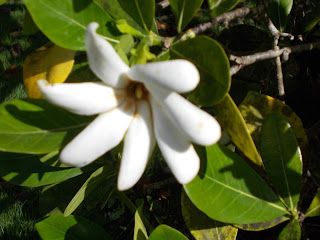 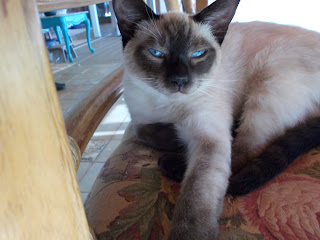